Our Favorite!
Last night Scott and I went cupcake taste testing at our not-so-secret favoriteTrophy Cupcakes. Hey, it’s a tough job, but someone had to do it. Although, if we are being perfectly honest, we didn’t really need to test anything.  We had decided that we were going with Trophy Cupcakes for our wedding before we were even engaged.
We’ve tried the competitors (Cupcake Royale, Sprinkles, etc.) before and we just can’t find another professional cupcake company who can quite compete at Trophy’s level.  As the foodies that we are, we believe that for a cupcake to be a “good cupcake”, it goes farther than some good frosting.  For us, the most difficult thing about baking cupcakes is producing a cake that is just as good in flavor and as moist as a regular sized cake.  What we’ve found that this is where others have not been able to match Trophy.
Although we both agree that Lisa, makes the best red velvet receipe EVER!, for a chain bakery Trophy does a pretty amazing job.  I guess while we are away from Lisa’s amazing baking skills, Trophy will have to do

Red Velvet and Mint Chocolate Chip (The "mint leaf" is rice paper and completely edible)
The best part about taste testing some of the flavors was there were a few we had never tried before. Including their carrot cake, vanilla vanilla, and the mint chocolate chip.  What was great is they were served as mini cupcakes so we could try a wide variety of flavors without falling subject to a complete sugar coma (although we still have the option of bringing some home!!) I would still say that our favorites would be snickerdoodle and hummingbird (which is similiar to a banana bread with cream cheese frosting!)
Each cupcake really is like a piece of artwork. They have flower and petal designs that can really push the look over the edge.

The "mini's" we got to bring home!
What made the night a little bit more fun was without us knowing, two of my friends (also recent brides-to-be) were also at Trophy for cake testing.   I guess cupcakes are the new way to go!
Now it is just down to ordering the “right” flavors and the “right” numbers.  But maybe we will have to go back… just to “make sure”

If you haven’t been to Trophy, you must! but if you think that your favorite cupcake place can beat ours, let us know, we will gladly accept another taste test!! 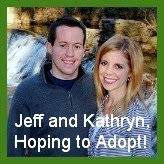